WE ARE MOOTZ CONSULTING.

IN SHORT
WE BRING IT ALL TO THE TABLE. 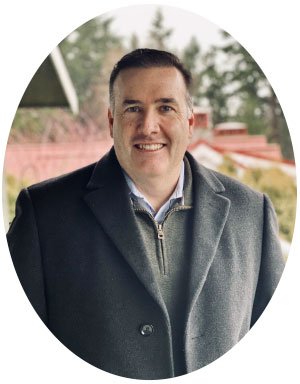 As a third-generation restaurant and hospitality executive, John cares deeply about delivering exceptional value, both to restaurants and to their guests. With a B.S. in Business Administration and also a Master’s in Foodservice Management from Cornell’s School of Hotel Administration, he has partnered on many successful restaurants throughout North America. John brings a unique perspective of having run both independent and chain restaurants, as well as numerous hotel restaurants and food and beverage departments ranging from casual dining to Forbes 5-Star.
Email: jmootz@mootzconsulting.net 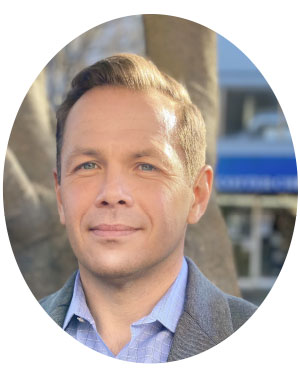 A sommelier with an emphasis on Italian and California wine plus extensive beer and spirit training, Rafe has developed and overseen beverage programs for dozens of restaurants throughout the U.S. and has a deep understanding of the hospitality ecosystem. Rafe has diverse experience that ranges from Michelin to casino to Forbes 5-Star. With outstanding relationship building, training and presentation skills, he is a results-oriented business professional with proven abilities in strategic planning, managing critical paths to countless openings, improving efficiency of restaurant operations while ensuring that the changes in optimize productivity, bottom line, from start to finish.
Email: rgabel@mootzconsulting.net 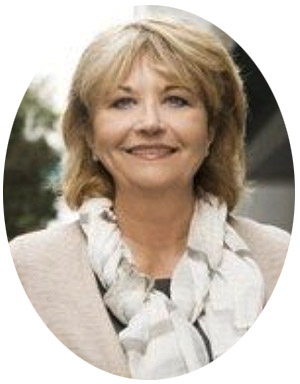 Shelia brings insights gained from many years of diverse hospitality experience in projects ranging from mixed-use privately-owned businesses, large corporations, hotels and independent restaurants. She is attuned to the intricacies of balancing the rigorous demands of a team. Shelia is passionate about the challenge of integrating the various requirements and limitations of a project into a cohesive and successful solution focused on achieving the client’s business goals and project vision.
Email: sturner@mootzconsulting.net 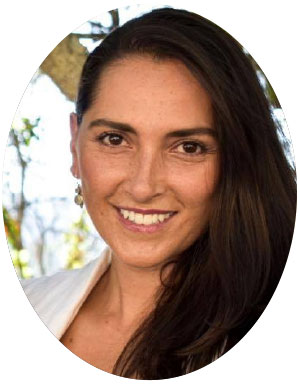 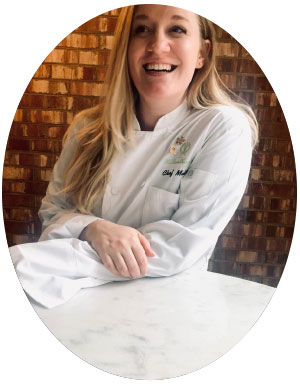 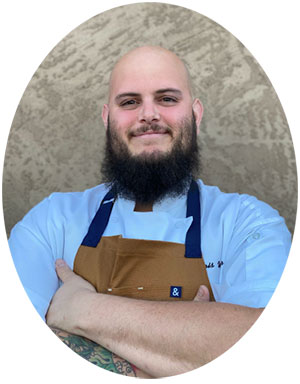 Graduated from the Culinary Institute of America in 2010. Chris worked at the Williamsburg Inn, a Forbes Five Star, AAA Five Diamond resort. Chris moved to San Diego, California where he has worked at some of the best restaurants including Island Prime and C Level, Herb and Wood, Herb and Sea, and Farmer and the Seahorse as a Sous Chef. He opened California Native, an Empress Restaurant, as Executive Chef, until beginning his career with Mootz Consulting, as a Culinary Consultant.
Email: cwaller@mootzconsulting.net 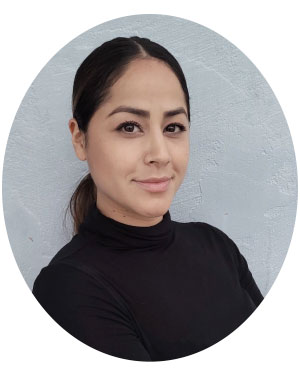 Meet Priscilla Ramirez. A native San Diegan who has been a part of the restaurant industry for 17 years. Priscilla holds a solid track record of working with high-level hospitality groups such as Puffer Malarkey Collective, Urban Kitchen Group, Buona Forchetta, and the Busalacchi Restaurant Group. Aside from consulting and event planning, she is also co-founder of CampestreMag, an indie wine publication project established in 2019. Campestre collaborations include pop-up events & tastings with local chefs, winemakers, sommeliers & small business owners. Hospitality for Priscilla means creating seamless but meaningful experiences for guests to remember forever.
Email: pramirez@mootzconsulting.net 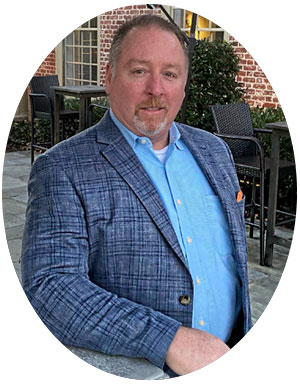 Ron has over 35 years of hospitality experience. Since becoming a GM in 1994 Ron has provided oversight and support to the food and beverage operations for many upscale and fine-dining restaurants. Has successfully led operations in California, Oregon, Washington, Hawaii, New York City, and Colorado. Solid working knowledge of industry quality assurance programs including audit requirements and accompanying computer-based systems to protect brand integrity, improve guest satisfaction, and review scores. Strong business aptitude and service orientation. Experience in implementing standard operating procedures around service and quality of food. A Level One Sommelier who enjoys sharing his passion for food and wine with others.
Email: rstaffieri@mootzconsulting.net

Chef Ricky Sudberry is an experienced Executive Chef with a impressive history of working in the hospitality industry nationwide. Chef Ricky is a creative culinarian with strong analytical skills in Menu Costing, Menu Engineering, and Food & Beverage operations. Chef Ricky has an Associate of Arts and Sciences degree in Culinary Arts from J Sergeant Reynolds Community College and a Bachelor of Science degree in Hospitality Management from Johnson and Wales University College of Professional Studies..
Email: rsudberry@mootzconsulting.net 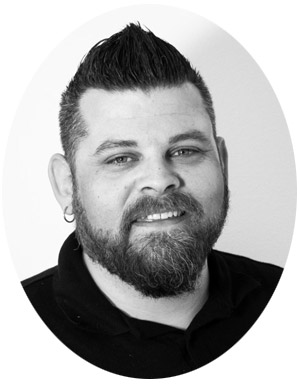 Meet Chef Elias Gonzales. Elias is a dedicated and creative culinary professional. Elias has been fortunate to have had great chefs take him under their wing and helped shape him into the strong leader that he is. In turn, Chef Elias has paid it forward by mentoring and inspiring many young culinarians. Chef Elias is driven by creativity and innovative design and drives that inspiration into his passion for cooking and creating new dishes. With over 20 years of experience in this industry, Elias’s is prepared lead teams and projects in any Food and Beverage environment.
Email: egonzales@mootzconsulting.net 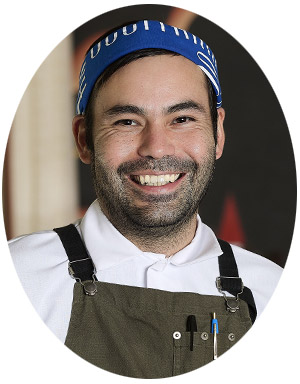 Brandon Cavazos was introduced to the restaurant business at a very young age being raised in his family’s Mexican restaurant. Cavazos spent countless hours in the restaurant. This fueled Brandon’s interest and passion for cooking. After relocating to the Bay Area, Brandon began cooking under the tutelage of Chef Paul Canales at critically acclaimed Revival and Duende. Working a number of years at Duende, Brandon left to continue his development at Corso, Tank 18 and eventually reconnect with Chef Canales to open Occitania. Chef Cavazos is experienced in fine tuning kitchen operations, menu development and staff training.
Email: bcavazos@mootzconsulting.net

NEW CONCEPT
FROM THE GROUND UP

Through decades of experience, data analysis, and management guidance, we assemble all of the ingredients for developing a successful hospitality business.

We roll up our sleeves and dig in. You only get one chance to make a first impression. Whether you need some expert advice and review of your already developed concept, or are in need of some extra hands, we have the resources to ensure a successful launch.

EXISTING CONCEPT
IN NEED OF OPTIMIZATION

Our team conducts an audit and identifies opportunities for turning an
underperforming operation into a profit center.

OPERATIONAL SUPPORT
PUT OUR TEAM OF EXPERTS TO WORK

We provide exceptional solutions to your leadership needs. Our team of professional F&B operators can assist your property both for long term and short term needs.

ASSET MANAGEMENT
LET US DO THE PLANNING

We work directly with our clients to understand their objectives. In doing so, we plan and manage F&B assets, budgets, and capital projects. In short, we save our clients time and drive value to your F&B operations.

With varied experience in hospitality and restaurants, all members of our team have worked closely together for a number of years. We work in lock-step together, pairing right brain pragmatism with left brain creative genius, to deliver holistic and sound solutions vetted across all aspects of the operation. Through our work and world travels, we have gained a deep understanding of the mindset and motivations of modern travelers, as reflected in our portfolio of truly unique projects.

Some of our projects include:

Tratto At
The Marker

Launched programs that are on-concept and priced to reflect perceived value and cost of goods. Introduced seasonal variation and lighter fare and vegetarian options, which are necessary for competing in the San Francisco market. Expanded hours of operations and offerings to include happy hour, lunch, and brunch.

The Inn At Colonial Williamsburg

We conducted an audit and delivered a comprehensive strategic plan to outline the key opportunities and initiatives for transforming the F&B operations not only at The Inn, but all of Colonial Williamsburg, inclusive of the Historic Taverns.